Harold Joseph Thomas (Bundoo) was born in 1947 in Alice Springs, Northern Territory. His mother was a Luritja woman and his father a Wombai man. Of his early Alice Springs years, Harold recalls many afternoons drawing and painting on scraps of butchers paper. A member of the stolen generation he was taken from his family at the age of seven and sent to South Australia’s St Frances House, an Anglican institution for Aboriginal boys. When he was eleven he was fostered by an Anglican priest and his family, who lived in Willunga, south of Adelaide, South Australia.

Harold started out on the long journey as an artist after winning a scholarship to the South Australian School of Art at the age of seventeen. He went on to become the first Aboriginal to graduate from an Australian art school. Later, he also received an honorary degree in social anthropology from Adelaide University.

In 1970 he started working as a survey artist at the South Australian Museum. He took advantage of the rich cultural collection, immersing himself in art and artifacts. “I was with the largest collection of Aboriginal artifacts in the world and I had virtually free access to it all,” he says. “I gleaned over every piece, every design. I felt there was something powerful and strong that was being expressed.”

While studying he got involved in the Civil Rights Movement. In 1971 Harold created a bold graphic artwork that was immediately adopted for the Australian Aboriginal flag, first flown in Victoria Square, Adelaide, at the NADOC march. To this day remains a strong and unifying symbol for Aboriginal rights and justice. “In my university days there was a question of identity amongst Aboriginal people,” Harold says. “People stood up during marches for civil rights to express their Aboriginal identity. The flag stood for all of that. The colours reflect an awakening of their emerging political consciousness.”

Classically trained, Harold is strongly influenced by painters such as Caravaggio, Gericault, Delacroix and Goya. In 2016 Harold started painting historical subjects he had wanted to engage in since art school days. Emotionally charged paintings of Aboriginal people being controlled by European law. Paintings post contact with European colonisation of Australia. Paintings of Frontier Wars, a subject Australian artists have carefully sidestepped. Harold says “Just like the heroic war paintings of European history, the truth must be shown.”

The painting ‘Tribal Abduction’ showing a baby being forcible removed from its mother was selected and won NATSIAA in 2016. The next painting ‘Myal Creek Massacre’ showing an historically recorded event of an Aboriginal group being attacked and killed by white drovers and station hands, was selected for the 2017 NATSIAA. ‘The Poison Chalice’ is a cynical look at the relationship between Aboriginal culture, the church, law and politics. “As a figurative artist, the human form and emotion is without question the greatest challenge for me to capture,” Harold says.

Harold Came to live permanently in the Top End of Australia in 1972. From that time, his work was a celebration of the landscape and wildlife. He is best known for his luminous watercolours, which sadly he has not continued since 2016.

Fiftieth anniversary of the Aboriginal Flag. Flown for the first time in a Land Rights march, Adelaide, July 9th 1971

Selected to hang in the second National Aboriginal Art Award Exhibition, Museum and Art Gallery of the NT, Darwin

First Aboriginal to graduate from the South Australian School of Art 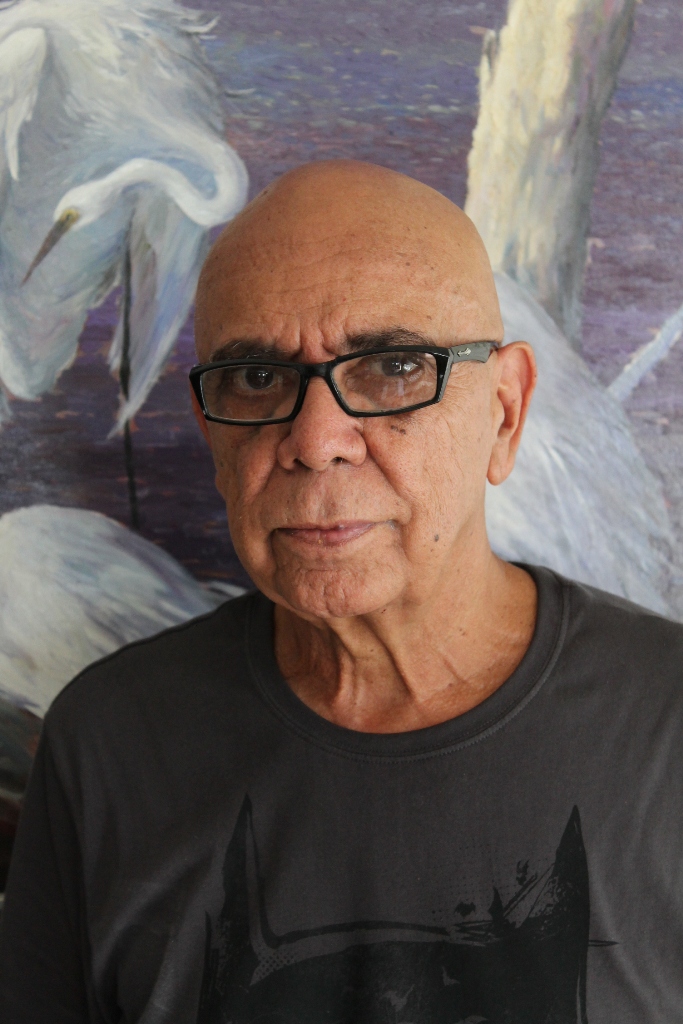 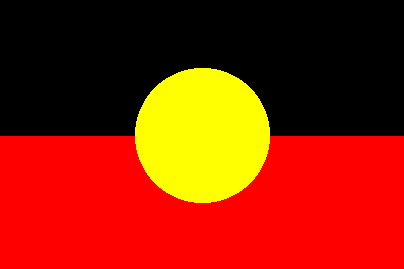